In this presentation, “Bringing Consciousness to Work”, Vishen Lakhiani discusses “How to Attract and Build Teams of Committed Individuals to Rally Around a Vision and make Your Business Thrive.” This is something I actually have some direct experience with. Not too long ago, I took a position managing a small city-funded program tasked with providing employment and training services to low income and unemployed individuals. Our main objectives were to enroll x number of individuals into occupational training and maintain a 75% completion rate, to place our customers into employment opportunities that offered a living wage (at least $10 per hour in 2010), to increase the wages of all participants int he program. Our team surpassed every measure for the duration of the program…once I was able to hire the right people.

If you have not tuned in to Mindvalley yet, it’s not too late. It seems like they might be around for a while. This is a recent discovery for me, as of just three or four months ago, and I find their offerings to be both informative and uplifting. In fact, I’ll go so far as to say that Mindvalley gives me hope for the future in a world that at times seems to be heading at lightning speed to a place worse than nowhere, it’s nice to see and hear from people who are passionate about doing things in the interest of the greater good.

At the beginning of my tenure in my first supervisory position, my team was assembled through a series of panel interviews that were conducted with several managers, myself included, on the panel. Since I had the least seniority, I really didn’t get to select my team. Instead, after the other managers made their selections, I simply had to accept the remaining candidates. Had I felt I had the option at the time, I would have insisted on continuing to interview additional candidates for as long as it took to find the right candidates. Being inexperienced, I did not make any waves about it.

Due at least in part to a poor selection of hires, things were very rocky for the first year. In fact, one of my team members spent at least six months hell-bent on getting me fired on the basis that I did not report another team member’s arrest for unpaid traffic tickets to the company when I found out about it. I didn’t report it because it was unimportant and had nothing to do with the work we were doing. There are numerous other reasons why I feel that it is not only unnecessary but also not a good practice, to report such an event, but I’ll save that for a future article. It was a stressful time. I couldn’t believe that this individual was willing to throw her teammate, and friend, under the bus just to cause me a problem.

Focus on the Positive

In the midst of all of this, I sought counsel from my supervisor at the time, and she asked me this question: “What would make you happy right now?” I took the question to heart, and when I got home, I began to write the answer to her question in my journal. At first, my anger at the person trying to ruin my life was the focus of my writing. I wanted HER to be fired, I wanted her to have to experience what she was putting me, and our team through. I wanted her blacklisted from ever wotking anywrhere!

As I wrote my anger out, it very suddenly occurred to me that none of this actually answered the question. Would these things really make me happy? Were these things really what I wanted? Up until that point, I was still focused on HER, instead of what I really wanted, what would really make me happy. In an instant, the answer was clear and obvious: I wanted to be able to have more control and decision making power in the hiring process moving forward. That would make me happy and also better able to do my job!

I shared my thoughts with my supervisor the next day, and when it came time to fill the openings on my team, which was very soon after, I was able to interview the selected candidates with the HR Manager, my supervisor, or another team member of my choice, I was also able to access all of the applicants resumes so that I could select those I wanted to interview instead of the HR manager making the initial selection based on a strict set of objective criteria.

It’s understandable that many managers prefer to have HR make the initial selection in this way to save time, but in my situation, I felt it was worth the time to have a close look at all of the available options. This was especially true because, though it would eventually be corrected, to start, the individuals on my team would be paid $1 less per hour than those in comparable roles within the organization, simply due to the funding source and the contract we were working with. It would take some special people to make this program a success over the long term, and I knew that.

Gaining some control over the hiring process, I was able to identify and select an amazing group of individuals who made the program the success it was for the next three years of my tenure, and for at least some period of time after I won a promotion a moved on. And yes, I had recommended that someone from the team be considered to move into my position when I moved up, and thankfully the company went with that recommendation. It would have been horrible for morale to do otherwise.

You Thrive, I Thrive, We Thrive

Of all of the work experiences I’ve had, my time as a program manager is the one I look back on most fondly. These are the things I miss most about it:

If you are like me, and operate from a position of one who believes that it really shouldn’t be too difficult to all get along and get on the same page and work toward the same (or even different) goals in a way that supports the greater good for all; If you believe that crazy people change the world, and know that you are one of them, if you strive to make your workplace a positive place where everyone can thrive, then you’ll enjoy this presentation. You might even get some new insight into workplace design and culture that can help you in your efforts at bringing consciousness to work, and affecting cultural change within your own organization. The hiring process that he presents here is something you might also find worthy of consideration, and possibly, implementation.

After you watch the video, I’d love it if you would share your thoughts about the video, and about the topic of bringing consciousness to work in general, in the comments section here. I look forward to dialoguing with you. Enjoy! 🙂

Freebies of the Week 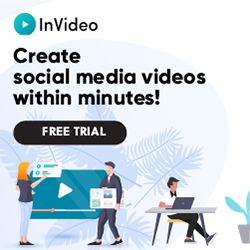 Legit cash to your paypal